No epidemic after the disaster,Laipson will overcome the difficulties together with you

The disaster in Henan affects the hearts of every Chinese son and daughter. Luoyang Laipson and Modern Biotech donated animal disease testing supplies to the disaster-stricken areas. 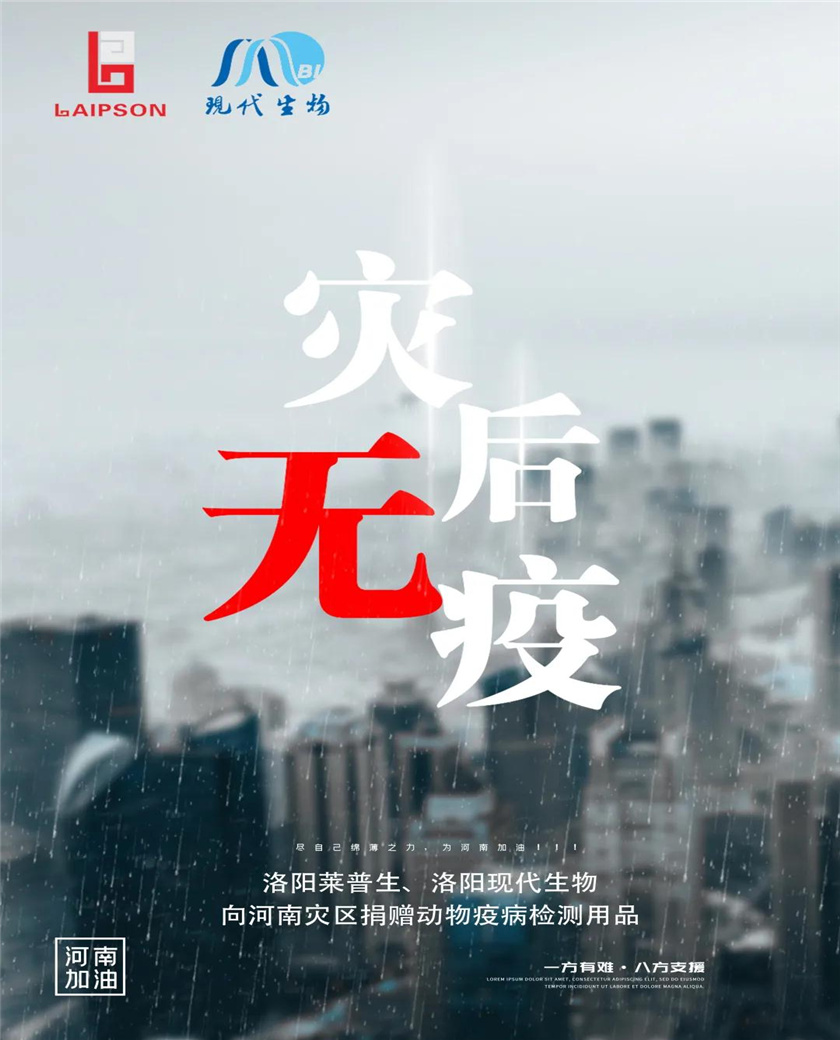 Taking into account the flood disasters caused by continuous heavy rains, the prevention and control work has been stagnated and the epidemic has taken advantage of and caused greater losses. Therefore, the prevention and control of swine diseases will become an important basic work for pig farms for a long time in the future. Luoyang Laipson and Hyundai Biotech responded quickly after the disaster and donated animal disease testing supplies to Anyang City and other areas to help the reconstruction work after the disaster.

The floods are ruthless, there is love in the world, and after the storm, there will be a rainbow. Salute all frontline rescuers, and wish all compatriots health and safety! Luoyang Laipson and Modern Biology have arrived in many disaster-stricken areas, and will continue to pay attention to the post-disaster development trend of each disaster-stricken area, and work with you to tide over the difficulties. 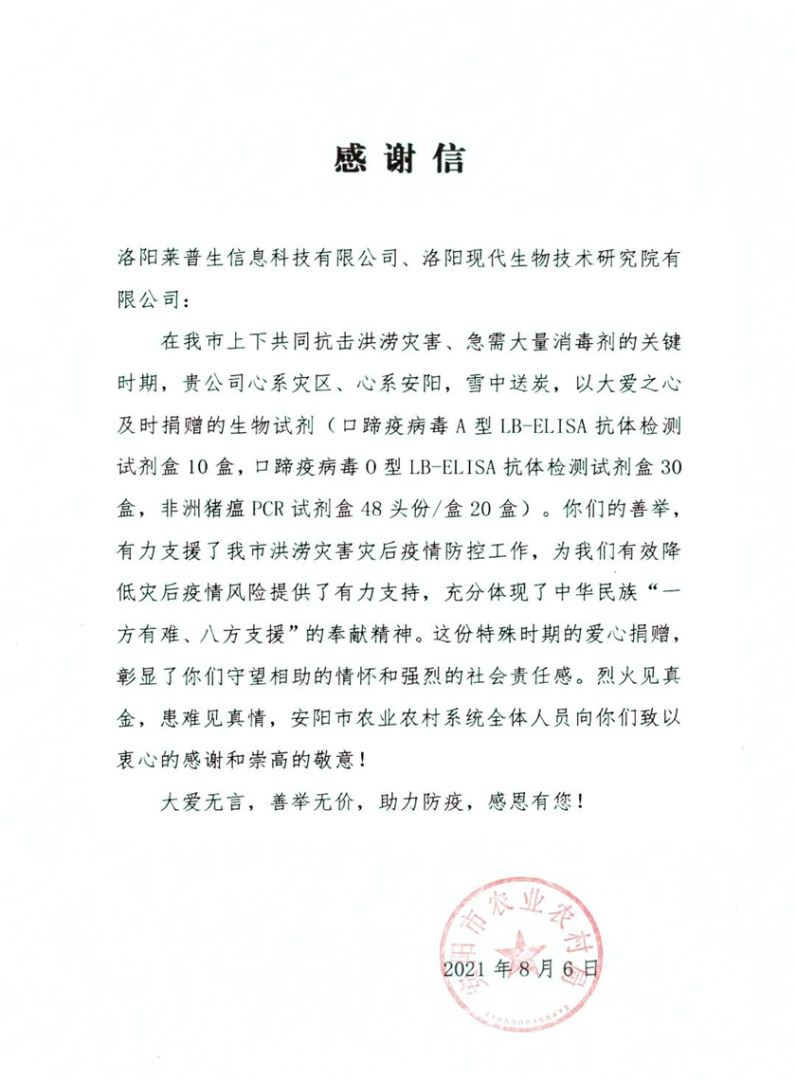 PREV：Jiang Ling, Secretary of the Luoyang Municipal Party Committee, investigates the development and tec
NEXT：What is the RFID system in the application of the livestock industry